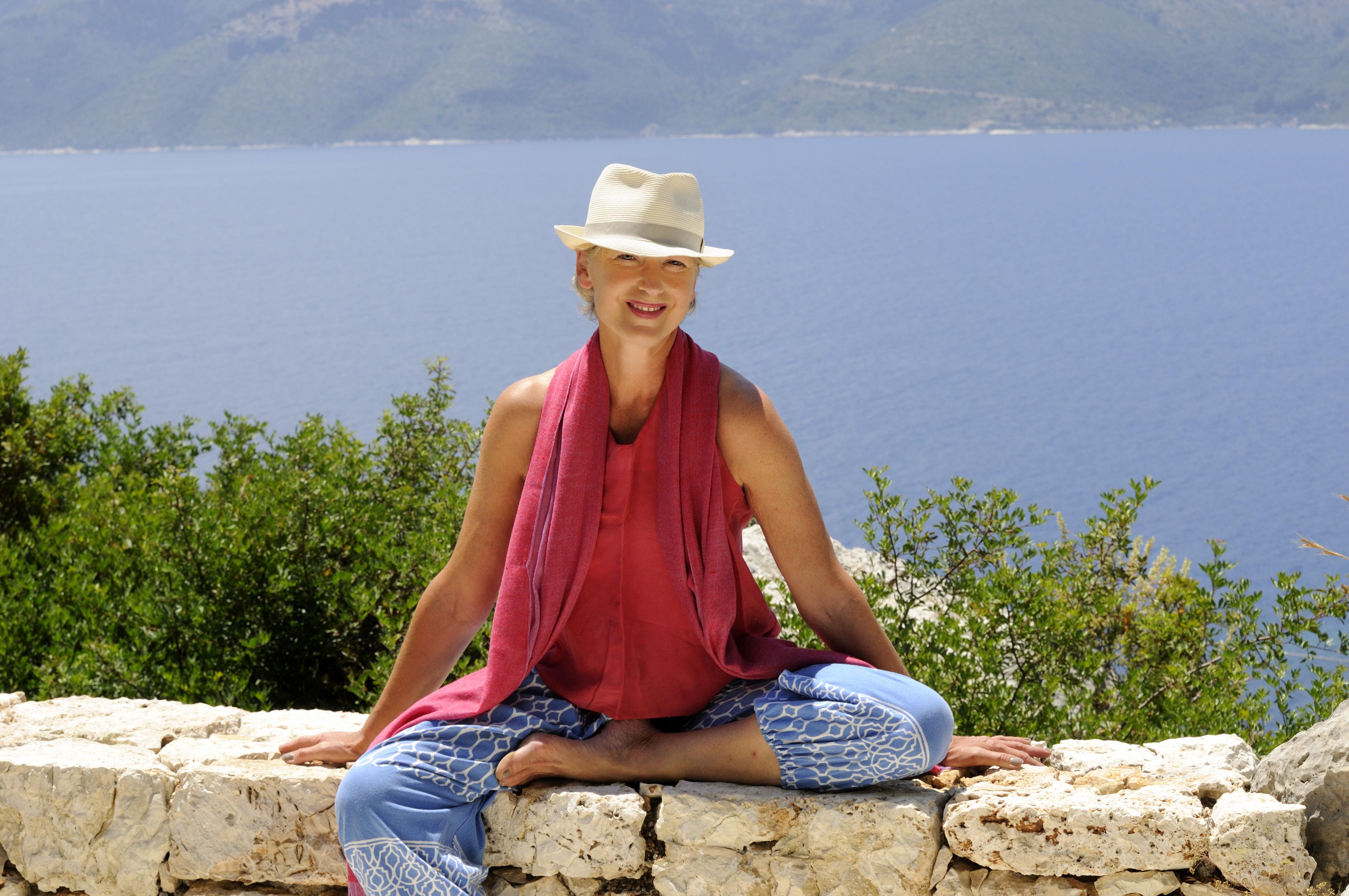 Ingrid grew up on the Swiss-German border but found her home in London in the late seventies, where she began a twenty-year career in finance and raised three daughters. After initially discovering yoga in 2001, Ingrid decided to train as a teacher in 2010, specialising in Vinyasa Flow, at Brahmani Yoga, Goa, India.

Ithaca is the backdrop for her beloved project, Itha108, which she designed and managed over 4 years alongside teaching public and private classes for locals and holidaymakers alike. Ingrid has succeeded in her vision for Itha108 that combines her eye for lifestyle design with providing a beautiful space to practice, teach and share.